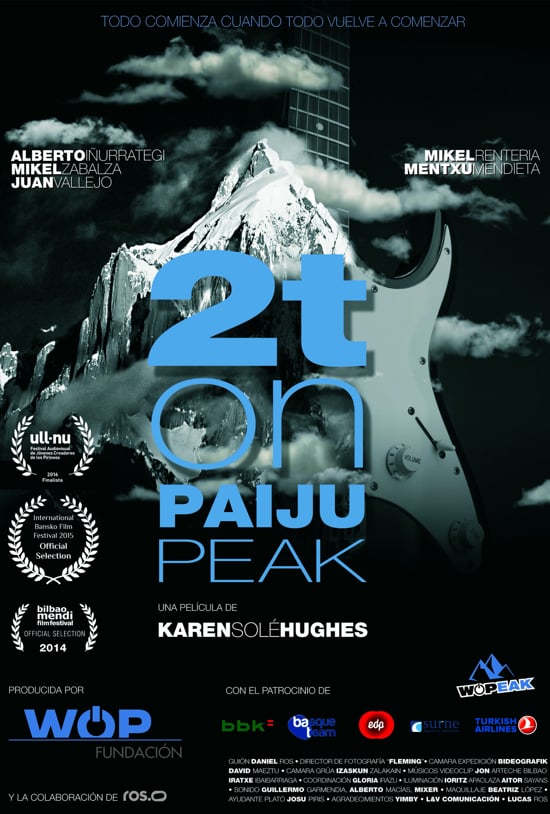 At the same time I accidentally found First Ascent - Kunyang Chhish East Storyteller Labshttp://www.storyteller-labs.com/2014A story of chopped fingers, fun, friendship and the First Ascent of Kunyang Chhish East (7,400m). Following the rules of true alpine style Hansjörg Auer, Matthias Auer and Simon Anthamatten embark on an adventure for the summit and for survival on Kunyang Chhish East.Alessandro Bandinelli; Milena Holzknecht; Matteo VettorelHansjörg Auer; Matthias Auer; Simon AnthamattenAdventure; Documentaryalpinism; Asia; Karakoram; first ascent; Kunyang Chhish East; Hansjörg Auer; Simon Anthamatten; Hispar Muztaghhttps://i.vimeocdn.com/vod_poster/153009_550x814.jpgtt4011424459279 I also tumbled upon 2T on Paiju Peak 2014In 2013, Alberto Iñurrategi, Juan Vallejo and Mikel Zabalza desist in their attempt to scale the Paiju Peak (6,610m). A year later, they come across Mikel Renteria and Mentxu Mendieta of the WOP Foundation, who decide to sponsor their second attempt on Paiju Peak as part of the Foundation’s WOPeak Project. The three members of the team arrive back in Pakistán: same objective plus maximum motivation to meet a challenge beyond mountain climbing, on a journey filled with emotion that ends with the opening of a new route in the heart of the Karakorum, which they named “2t”.Karen Solé HugesAlberto Inurrategi; Juan Vallejo; Mikel ZabalaAdventure; Documentaryrock climbing; alpinism; Asia; Karakoram; Masherbrum Mountainshttps://i.vimeocdn.com/vod_poster/133926_550x814.jpghttps://www.youtube.com/watch?v=ybxF5_H1r5g, available as 2T on Paiju Peak on Vimeo. The film covers the ascent of 2TPaiyu Peak6660mSouth side5.10d,A3, M5. I have to admit that I did not know a lot about Paiyju Peak, had just read somewhere that is is spectacular looking peak in Karakoram with very few ascents.

Turn out the peak is certainly spectacular looking: See for yourself. Given the fact that the peak is located close to access route taken virtually every team crossing Baltoro glacier one would imagine such a peak would attract plenty of climbers. Yet, the number of previous ascents turned out to be exactly one. So I figure it is safe to assume that climb must be very difficult or extremely serious. Or most likely, very much of both.

The chief protagonists of the flick are Alberto Iñurrategi, Juan Vallejo and Mikel Zabala. The names may not be as heavily featured in English-speaking climbing media, but the main cast has some seriously impressive ascents under their belt including the likes of NW ridgeGasherbrum IV7925mWest FaceV, 652500m and attempt of West pillarMakalu8463mSouth side. Furthermore, Iñurrategi has completed all 14 8000ers without bottled oxygen and been nominated for Piolet d'Or (twice that I know of). Perhaps the most famous of his ascents on 8000ers are East RidgeAnnapurna I8091mEast Ridge and first undisputed ascent of SSE SpurK28611mSouth sideIII-IV, 75° (aka Cesen route). I guess it is reasonable enough to expect some cutting edge stuff. 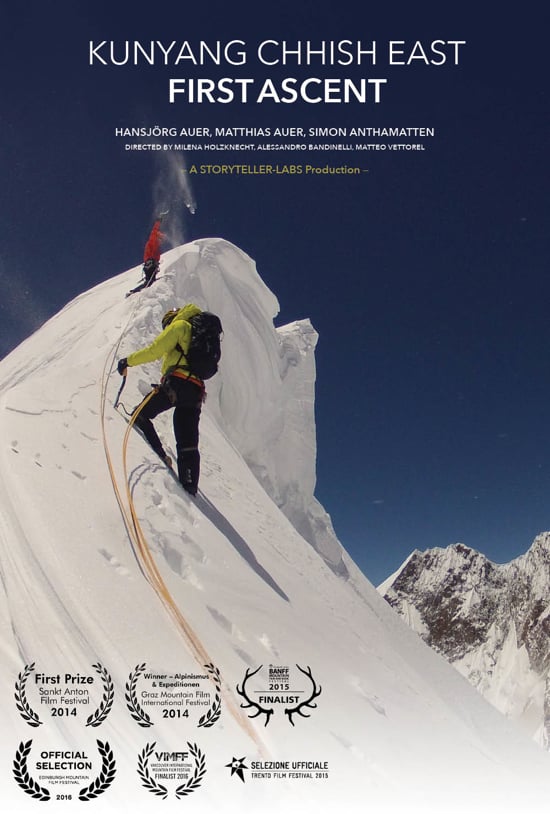 Until the ascent, the peak was one of highest unclimbed peaks and also one of the most sought after objectives. The peak had send some very strong suitors back empty handed. I had no idea there was a film about the ascent.