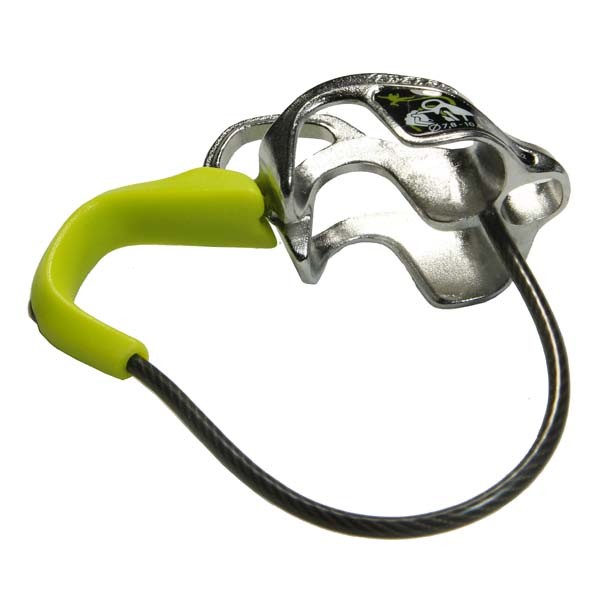 Traditionally autolocking belay device has been almost a synonym with Petzl Grigri 2PetzlGrigri 2http://www.petzl.com/files/imagecache/product_outdoor_slideshow_zoom/node_media/grigri-1_0.jpgThe GRIGRI 2 belay device with assisted braking capability is designed to facilitate belay maneuvers. The GRIGRI 2 works equally well for lead climbing and top-roping. It may be used on all single dynamic 8.9 to 11 mm ropes on the market (optimized for 9.4 mm to 10.3 mm ropes). Both compact and ultra-light, the GRIGRI 2 will accompany you on climbs around the world for many years. The GRIGRI 2 has a new design that allows excellent control during the descent.. Which is out of its element in alpine environment due to number of factors.

Perhaps the most important reasons why not to Grigri in alpine settings are:

Short googling session came back with few discussion threads about Jul devices. Other than some users having found the device to block when abseiling in autolocking mode and not using carabiner to release locking (carabiner release is the method recommended by Edelrid, btw), majority of reviews seem to be positive. Some also complained about carabiner wear due to use of steel which is considerably harder than aluminum used in carabiners. That I could easily live by if the device works anywhere close to as well as it promises. Gear wears out, tough luck. Much more seriously, there are picture or two of a device that has had the cable ripped of. I could not dig out more information whether that is a manufacturing defect of that single device or more wide-spread issue. The lack of recall might suggest the former though.